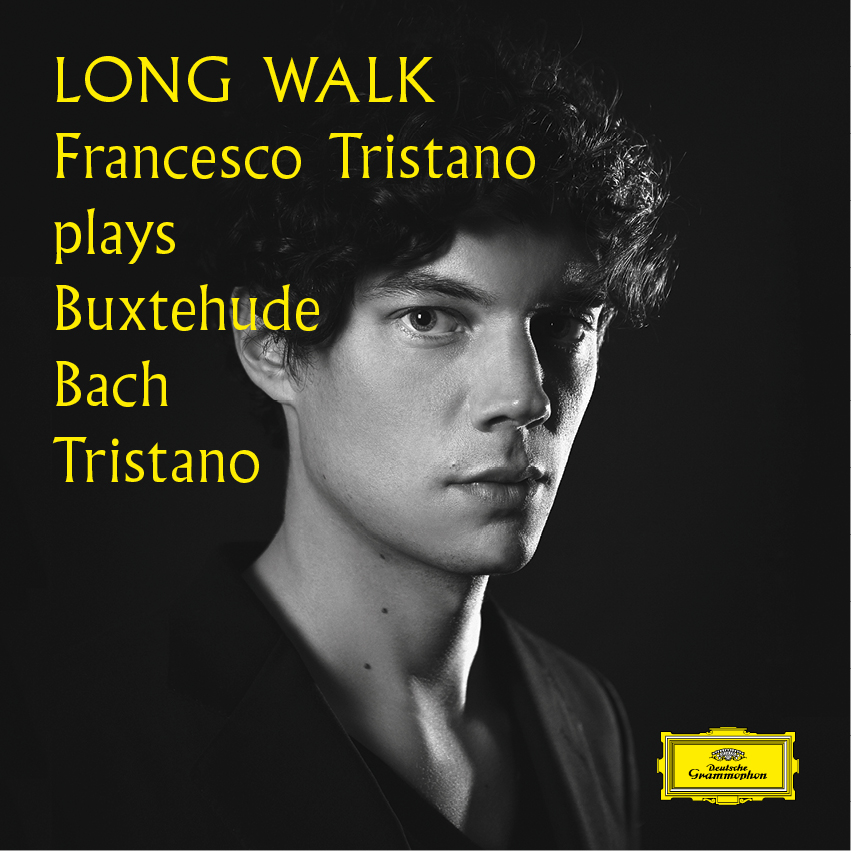 In the late autumn of 1705, the twenty-year-old Johann Sebastian Bach walked nearly four hundred kilometres from Arnstadt to Lübeck to meet the legendary Dietrich Buxtehude. Behind that pilgrimage lies a metaphoric gesture: an encounter with a man and a tradition, a search into the past in order to project himself into the future.

The idea of a journey articulates this new recording by Francesco Tristano. It is a surprising itinerary through space and time that shows his multi-faceted relationship with the Baroque repertoire. Repetitive rhythmic patterns and evolving qualities of sound are brought together to create a continuous interplay of idioms and paradigms.

Tristano’s dazzling career as a pianist, composer and producer is a constant balancing act between two worlds: the erudite tradition and electronic dance music. No wonder his approach to the classical repertoire is infused with new sonorities and unusual aesthetic priorities!

The richness of Buxtehude’s language clearly manifests itself in the unconventional renderings of Francesco Tristano. The abrupt transitions between sections become apparent with geometric precision and a taste for inventive changes of character (Toccata BuxWV 165). Buxtehude’s typical harmonic treatment, which avoids the displacement of the tonal centre, enables dissonances to emancipate themselves from their structural role to become tonal colour (Ciaccona BuxWV 160). The reiteration of melodic cells, modified by a process of minute transformations and often accompanied by a colourful accentuation, reminds us of minimalism (Toccata BuxWV 165, Canzona BuxWV 173), while harmonic rhythm becomes unpredictable and frees itself from tonal hierarchy (Canzona BuxWV 168).

Those characteristics find their greatest expression in the Variations on La Capricciosa, the most extensive keyboard work ever written by Buxtehude. Tristano’s interpretation brings out the enigmatic loop of this piece, based on 32 variations on a popular melody (better known as Kraut und Rüben) made of two phrases that start and end on a G major chord. The loop runs uninterruptedly 128 times and is only occasionally sprinkled with surprises such as the chromatisms of variation 12, the ephemeral modulation of variation 15 or the ambiguous transitions of variation 25. The variations evolve through wide-ranging stylistic worlds but the reiteration of the initial key generates a quasi-hypnotic effect backed in this recording by a subtle transformation of the sound of the piano: from the close mic-up takes of the first variations it changes gradually to a wider sonority like that of the Marienkirche where Bach heard old Buxtehude.

Buxtehude never ceased to be a reference for Bach even in later years and his debt to the great master becomes explicit in the Goldberg Variations, a natural response to the Variations on La Capricciosa, also written in G major and whose theme Bach quotes in his last variation, or “Quodlibet”. Although the following generations would often see in the Goldberg Variations a supreme example of formal unity, it would not be amiss to call to mind that they are a work of fusion: a collection of contrasting styles and expressive codes ushered in by an elegantly flourished aria that hides in its midst the solemn rhythmic patterns of a sarabande over a chaconne-like descending bass.

This compositional diversity goes beyond the variations themselves thanks to the fourteen canons that Bach himself wrote over the eight first notes of that bass line. Nowadays catalogued as BWV 1087, the manuscript of these canons was found in Bach’s personal copy of the Goldberg Variations, accidentally discovered in 1974. Combining these miniatures of great contrapuntal sophistication, Francesco Tristano created Long Walk, a fanciful remix that emphasizes the ludic dimension of counterpoint and seems to take to the letter the “etc” (i.e. “and the rest”) that ends the manuscript. Thanks to this relationship with notation, the score recovers its role of “open text”: the starting point of a performance, understood as the raison d’être of the creative process.

Long Walk also displays the most unconventional aspects of this production, wholly based on natural sounds with no reverberation added. Twelve microphones with different technical features (including two contact microphones) were used with the object of obtaining a different sound for every piece. The exceptional resonance qualities of the Kyoto Concert Hall – especially chosen for its acoustic properties – greatly contributed to this.

Even the choice of the instrument was thoroughly thought out. The Yamaha CFX is an experimental piano, a product of nearly twenty years of research on materials, tone colour and construction techniques. The potential of this high-tech piano can be appreciated in the complex and unclassifiable Ground Bass, composed by Francesco Tristano himself. This work has haunted him for the last fifteen years (the first pages go back to 1997) and is somehow a synthesis of his whole artistic adventure. Its recurring rhythms, an intricate counterpoint and the simultaneity of apparently incompatible sound layers turn it into an astounding experience for the listener. And yet, the differences between this and Baroque are more apparent than real. Ground Bass is actually a chaconne – or rather the deconstruction of a chaconne – based on an ostinato where instead of the typical triple meter we find a complex structure based on a seven-beat pattern.

If only one artist can be said to be challenging the boundaries that usually frame the notion of “classical music”, that is without doubt Francesco Tristano. And he proves it with remarkable inventiveness in the last notes of this record: a fade-out in which, instead of looking for a final denouement, the musical discourse vanishes, leaving its place to the resonance collected by hall microphones left open to capture the last remnants of a sound that will leave a long-lasting trace in our memory.