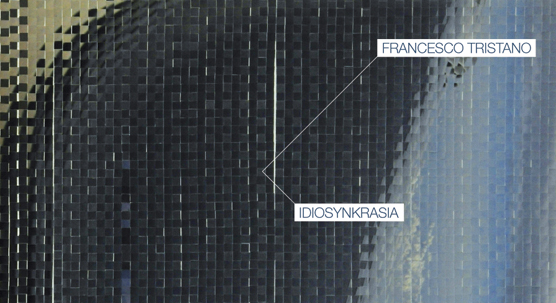 After ‘Not for piano’ and ‘Auricle Bio On’, Francesco Tristano presents his third LP for inFiné: Idiosynkrasia, which has been recorded in Carl Craig’s studios and will be released for Europe in November 2010.

If you had the fortune to witness Tristano’s last session, which took place July 18th at Space Ibiza, with a grand piano and Craig’s company controlling the Ableton Live with the help of an iPad, you will get an idea of where Idiosynkrasia goes.
Months ago in Detroit something similar happened: a grand piano and synthesizers took a unique place at Carl Craig’s Planet E studios. Francesco Tristano chose Detroit – The home of techno – specifically to record his third album, ‘Idiosynkrasia’.Some might be surprised by the juxtaposition of these two things, traditional and contemporary, classical and electronic. Yet, they are essentially links in a musical chain. After all, isn’t a grand piano the ancester of keyboards and the synthesizer – The sounds of which form the key element to all nightlife soundtracks? Either way, both instruments require a highly capable set of hands and Franceso Tristano’s are certainly that. Time after time, Francesco takes the piano, and with it, an entire audience, to wholly uncharted territories.

After a classical education – From music schools to philharmonic orchestras – Tristano’s career took a radical turn when he became a student at Juilliard School in New York. During that period, he discovered the clubbing scene, a whole new territory to explore for an artist who veers from conventional paths.
In Februrary 2005, at a performance at Bouffes du Nord, in Paris, Tristano brilliantly performed Derrick May’s ‘Strings of life’, a performance so powerful that it led directly onto the birth of inFiné, a label that has similarly taken a non-conventional path since its birth, in sync with Tristano.

Since then, two solo albums have been released already through the Agoria label: ‘Not for piano’ in 2007, which was produced by Murcof, and ‘Auricle bio on’ in 2008, that was masterized by Moritz Von Oswald (Basic Channel / Rythm & Sound). In 2009, Tristano followed this with his first release as Aufgang, a trio that also included Rami Khalifé and Aymeric Westrich, whom he met during his years in New York.

And now the tireless Francesco Tristano returns this fall with his new solo album entitled Idiosynkrasia. This release is the result of a quest for a language that is somewhere between the acoustic and the electronic.
‘My ambition is to give the piano a new identity, because it is often related to classical music, seen as an instrument of the past, whereas I see it as a tool of the future’, says Tristano.
Tristano collaborated with Carl Craig at his Planet E studio in Detroit and feels the city as well as Carl played a strong influence in the sound of the album,

‘Carl and Detroit have played a key role: a lot of the songs would not exist or maybe would sound completely different. The atmosphere of the city, the people with whom I’ve collaborated and the team at the studio have all been a great influence to me. The richness of the materials found in that place have given me a source of infinite ideas and sounds. To me, Planet E is the mecca of sound. Creating Idiosynkrasia, I’ve learnt a lot’.

Fundamentally polychromatic, this record presents itself as a new vision of music, that mixes space and time within one sound to create a new melodic vision.